To celebrate the release of Heather Marie’s The Gateway Through Which They Came, we’re having a scavenger hunt blog hop.

It’s easy to join in the fun !! Each of the Scavenger Hunt hosts will post an architectural letter (to keep with The Gateway theme) somewhere hidden in their post about Heather Marie’s new book.

Collect all eight letters and unscramble the word used in The Gateway Through Which They Came.

Each site will have a rafflecopter portal for you to enter the winning answer once you’ve collected all the letters.

One winner will be chosen from all entrants to win a paperback copy of The Gateway Through Which They Came signed by Heather Marie.

To seventeen-year-old Aiden Ortiz, letting the dead walk through his body to reach the other side comes with the territory. Being a Gateway isn’t an easy job, but someone’s gotta send Bleeders where they belong. Heaven. Salvation. Call it whatever you want. Dead is dead. But when his search for Koren Banks––the girl who went mysteriously missing seven months ago––leaves him with more questions than answers, he finds himself involved in something far more sinister and beyond his control.

With the threat of the Dark Priest’s resurrection, and his plan to summon his demon brothers from hell, Aiden is left to discover his identity before the Dark Priest’s curse infecting his blood consumes him, and before the world as he knows it succumbs to the darkness of hell on earth.

Read the first chapter for THE GATEWAY THROUGH WHICH THEY CAME here: http://heathermarieya.com/first-chapt…

Watch the trailer along with behind-the-scenes footage over on Vicious Vanity FX: https://www.youtube.com/watch?v=Q2904…

Grab a copy of The Gateway Through Which They Came  at: B&N  or at  Amazon:

Bio:
Heather Marie lives in Northern California with her husband, and spends the majority of her time at home reading. Before she followed her dreams of becoming a writer, Heather worked as a hairstylist and makeup artist for several years. Although she enjoyed the artistic aspect of it all, nothing quite quenched her creative side like the telling of a good story. When the day had come for her to make a choice, she left behind her promising career to start another, and never looked back.
Twitter:  Facebook:  Goodreads:  Website:

Did you find all eight letters? Then enter now… a Rafflecopter giveaway

Please visit the fabulous people listed below to find the remaining letters: 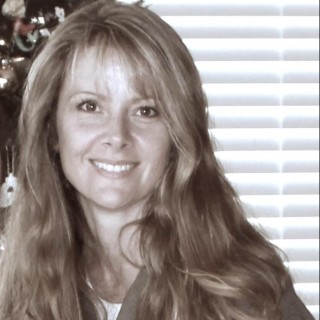 An Erstwhile Hippie Loose in the World

Art, Design, Editing, and the Nuances of Storytelling According to Kisa Whipkey

Art, Culture, and Life - from a Distinctly Christian Worldview

love drifting off into my own little world of books.

A reading and writing blog